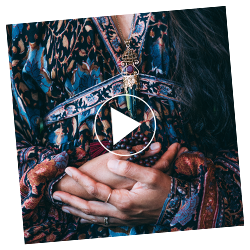 What do you pledge? How you can do good now.

Last weekend, I went to the AMAZING World Domination Summit in Portland, Oregon.

Imagine: 1000 world-changers talking about using entrepreneurial spirit to make massive change in the world and in our lives… plus Bollywood dancing and food trucks.

It was inspiring and activating.

During the weekend we heard many stories, but one that struck a deep chord with me was that of Charity: Water‘s founder, Scott Harrison.

Like me, Scott once had a hollow existence that was fueled by partying, drugs and alcohol. After spending 10 years doing work that felt meaningless, just to make a stack o’ cash, he decided that his cure would be to tithe 1 year back of the 10 he had wasted in the party scene.

Scott left the US and headed to Africa, where he helped support doctors who had donated their holidays to operate on people who had facial tumors. He was horrified that these people were suffering, and wanted to know why. He was pointed to their water.

Over the course of 2 years, Scott developed a truly groundbreaking organization, Charity: Water, that donates an unprecedented 100% of public donations directly to water projects and allows the donors to literally watch their projects in action.

I was so moved by the work, the incredible entrepreneurial savvy of the organization, and by Scott, who in just 2 years transformed his life and is transforming the world rapidly.

When Scott asked me to pledge my next birthday to Charity: Water, it was a no-brainer. For my next birthday, I’ll ask my friends to give $34 (my age) to a water project. Badass.

The conference was coming to a close, and the inimitable Chris Guillebeau stood for closing remarks. He told us a story of a man who invested $100 in several people.

Then, Chris handed out 1000 envelopes, each filled with a crisp $100 bill. Rather than take a profit from the event, he had decided to invest in us, and allow us to invest that $100 in any way we saw fit. Yes, I bawled.

The next day, I was in Canada having dinner with my family. I told the same story, and then looked at my brother who is about to head off to school follow his dream of becoming a farrier. I said, “I believe in you” and handed him the envelope. In turn, I asked for his promise that he would use the money as an investment, to be used in any way he saw fit.

All this giving has got me thinking about what it means to pledge; to promise to give or do something, even if it would be easier, “smarter” or more convenient not to.

It doesn’t have to be much, just something.
We spend so much time waiting until everything
is perfect, but perfect never comes.

What difference do you
want to see in the world?

Pledge to make that difference.
Choose 1 for you & 1 for the world:

Pledge to give a percentage to charity. Mine is here.

Pledge to stop eating when you’re satisfied this week.

Pledge to go gossip-free for a week.

Pledge your birthday to a cause like this or this.

Pledge to go sugar (and fake sugar) free for a week.

Pledge to turn off electronics at 9pm.

Pledge to work at a local soup kitchen this Thanksgiving.

Pledge to offer compassion each time you say something mean to yourself.

What do you pledge?